As children, our parents used storytelling to put some colour on simple life lessons. As a result, we remembered these lessons well and kept them in our hearts and mind.

Often, they tell stories focused on a company’s rise as a prominent industry icon and what motivates it to pursue its goals. Brand stories will allow your target audience to see you as an actual organization of people rather than a boring corporate figure. They prefer connecting with humans who are why brand storytelling is the yellow brick road for marketers.

Creating a good brand story requires a more emotional approach. Don’t make it solely about your company; go personal and beyond mere publicity. Here are the five must do’s for a great brand story.

The most amazing stories in the world are uplifting, exciting, and even terrifying, if all the details in the story are condensed into a human struggle. 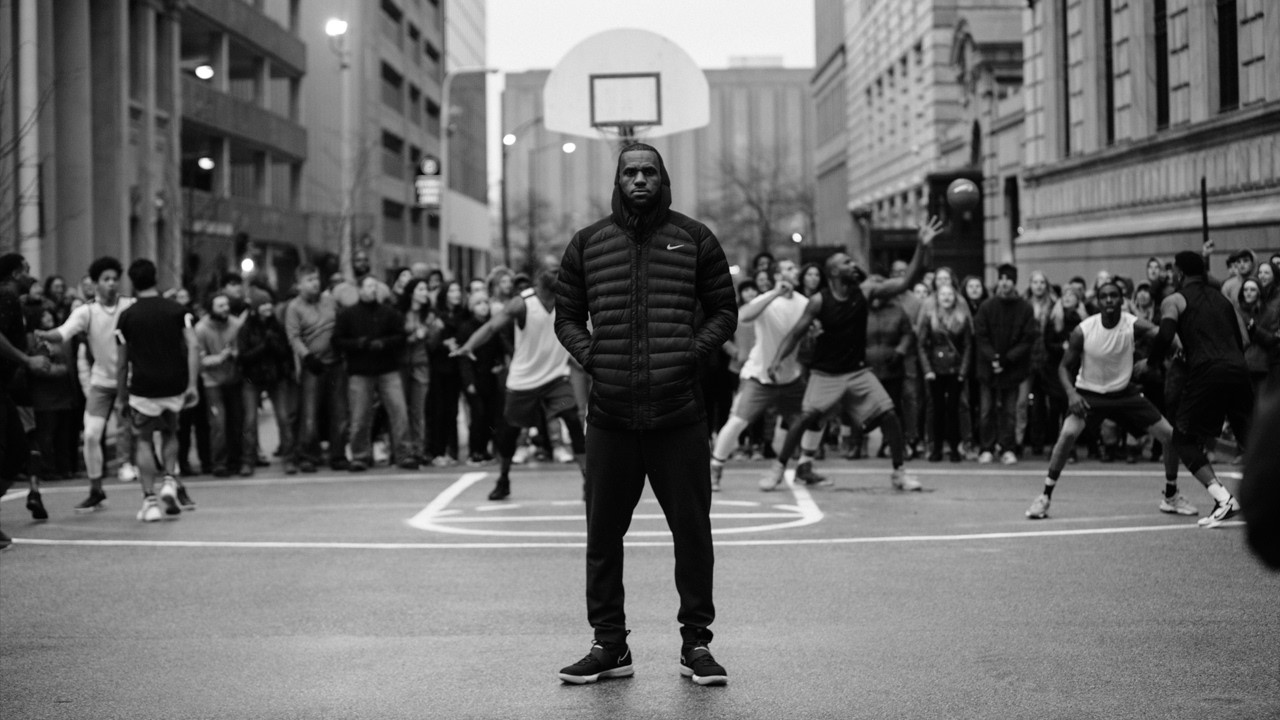 A behind-the-scenes video was also released to show what equality means for them. LeBron James said, “At the end of the day, we’re always just trying to find a way that we can all feel equal, we can all be equal, have the same rights, have the same feelings, being able to be in the same place no matter the color.”

Characters act and respond, making them the force that drives the narrative. Making audiences empathize with his or her struggles makes the story more compelling and memorable, and can coincide with the reasoning of a particular target market.

Jollibee’s 2017 Valentines Ad Campaign did this, plus more. The Filipino fast food chain released a series of video each telling a different story that put viewers into a whirlwind of relatable emotions all ending with the conclusion that love comes in many forms. 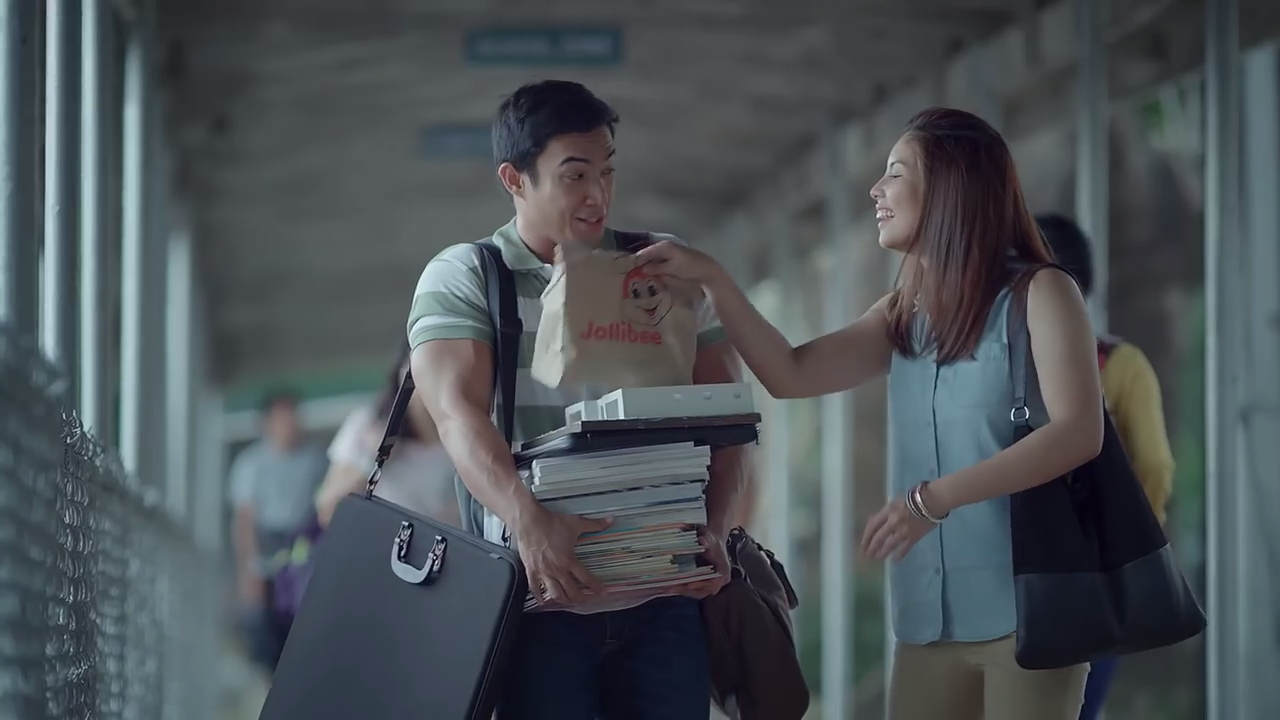 One of the videos titled “Vow,” tells the story of a guy who met “the one” in one of the Jollibee branches he frequents. He and the girl spent plenty of time together and fell madly in love. He vowed to make her happy no matter what it takes. However, there was a heartbreaking twist at the end. The video instantly became viral and currently has more than 15 million views.

The whole ad series raked more than 30 million views on Facebook and the fast-food chain’s burger sales quadrupled after the ads were released.

The brand became more trustworthy because the values the character exhibited guarantee the quality of the products or services the business offers.

Stories become famous because they are unique or tell a story that mirrors that of their audience. However, going for a fresh story that could be exaggerated can be entertaining, but it will lack the strong emotions that make brand storytelling inspiring and memorable.

Another way to introduce honesty is not to take the brand too seriously. Self-deprecation, if it suits the brand, is helpful because it is entertaining and funny to audiences. It also helps introduce a casual and approachable identity. Adweek listed Apple’s 2007 “Stuffed” advertisement for being a hilarious but concise way to promote their new product, and it still does its job. 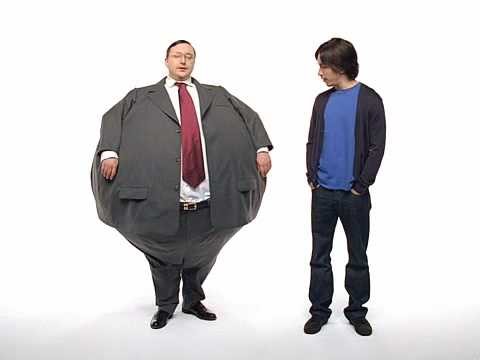 The ad was built on two funny archetypal characters (Justin Long as the Mac and John Hodgman as the PC) where the bumbling PC always complain to Mac about being slowed down by so many pre-installed trials.

Showing the positive and negative aspects of a specific character makes them human and removes the “super” quality that makes them just a simple protagonist or inspiring figure. And in the case of Apple, they did it in a very funny and memorable way.

In an advertising video’s 30 seconds, brands can tell their stories in chapters as long as they introduce an amazing narrative with characters that audiences can empathize and care for.

The best way to do this is to use the three-part scenario of most storylines: the beginning, middle, and end.

The beginning shows the characters and introduces them and their current predicaments. In this scenario, building up the character’s appeal and the audience’s empathy for them is important.

In the next scene, problems arise. Here’s why this section is special: brands can promote their products or services as a solution to resolve the character’s conflict. If the story is compelling enough, audiences will look past the product and just want to see the resolution.

The last scene will show whether the character’s efforts in the middle had worked out with the help of the product or service. In the resolution, brands can inject emotion and an exceptional resolution that will encourage audiences to share the story over and over again to others who may be interested. 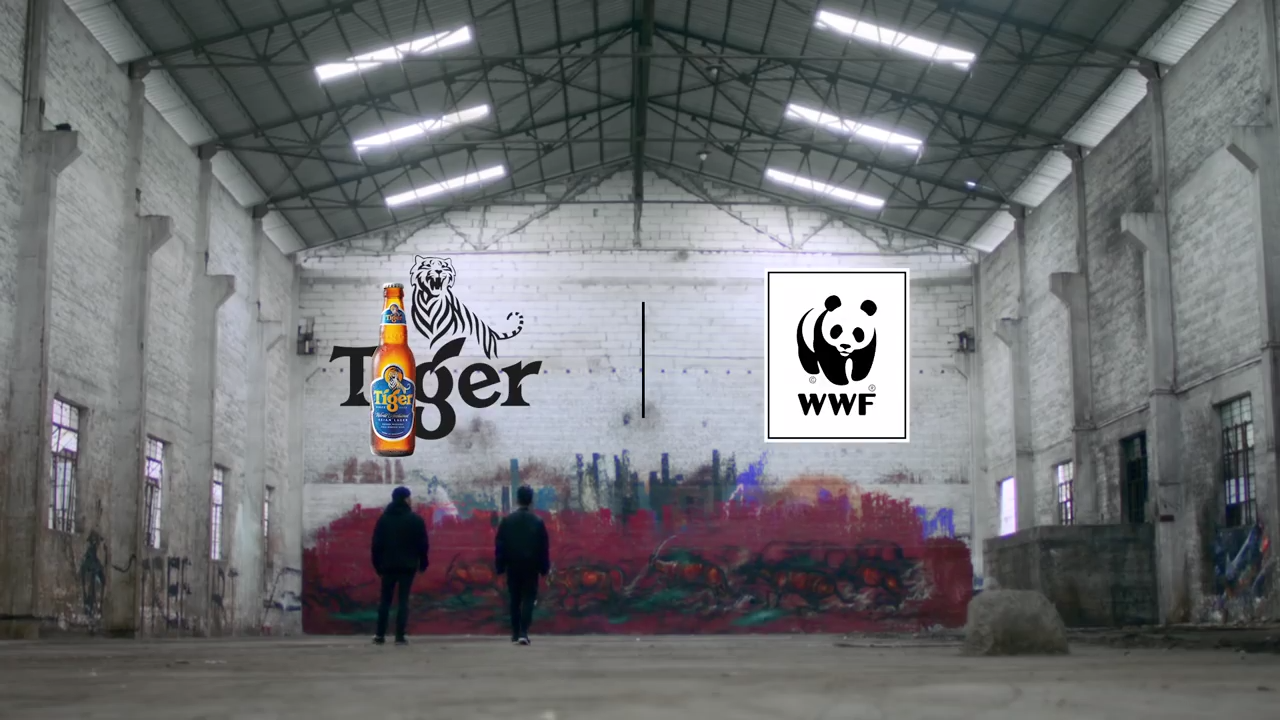 Just take a look at Tiger Beer’s “3890 Project.” The main character of the campaign are the tigers left in the wild, which is estimated to be just a measly 3,890. Together with WWF and six street artists, the Asian beer brand made 6 documentaries exposing the illegal tiger trade and what people can do to help.

Teasing is a great way to gain attention; if you’ve ever watched your favourite series, the last scene in the episode is another problem that needs to be solved in the consequent episode. This is a “page-turning” device in novel or story writing.

Hooked audiences will want to know more about the events in the next part of the story. In advertisements, stories can use a narrative technique: foreshadowing, which shows an event that will be clarified in the middle or the last scene. 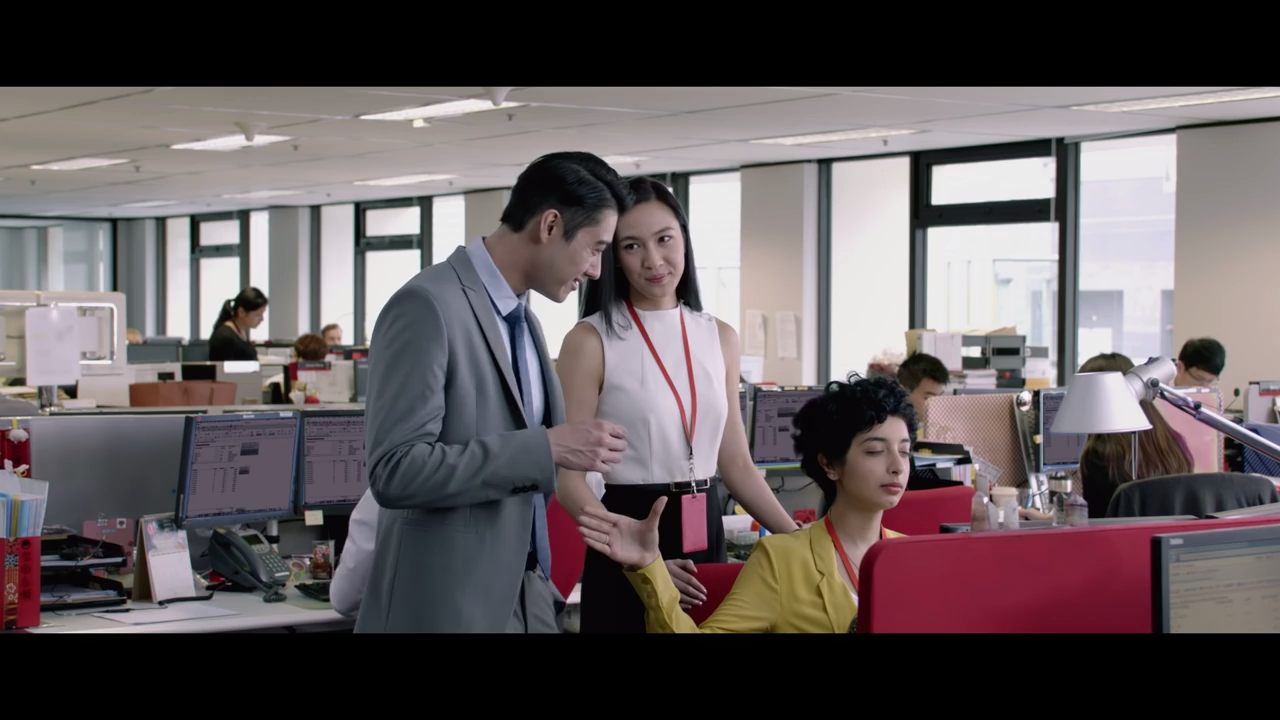 DBS actually made a mini-drama series on their website with each episode ending in a cliff hanger. The first 3 episodes garnered more than 12 million views and 510,000 engagements according to reports. Each episode has successfully reinvented the brand into a company that will go above and beyond for each customer.

In a world of fast-paced competition, companies lose their appeal to who matters most: their customers. Connecting with customers in a personal, human way helps them remove the stigma of an “official” or “big company,” and it helps them show that they understand and empathize with the struggles of their audiences.

Television advertisements in the past have done so well to elicit emotions and empathy from consumers. Today, the Internet still uses video to tell stories that inspire, entertain, or make audiences laugh and push forward their business’ personality as something akin to the advertisements. If you are not sure which emotions to focus on, the Harvard Business Review has a great article on the emotions that drive straight into any audiences’ heart.

However, certain target markets like to read up on solutions. Blogs are a great answer to these audiences. Social media is also a great network to incorporate narratives. By using all these mediums together, a solid brand storytelling campaign can guarantee great results.

*First published in “The Singapore Marketer“ 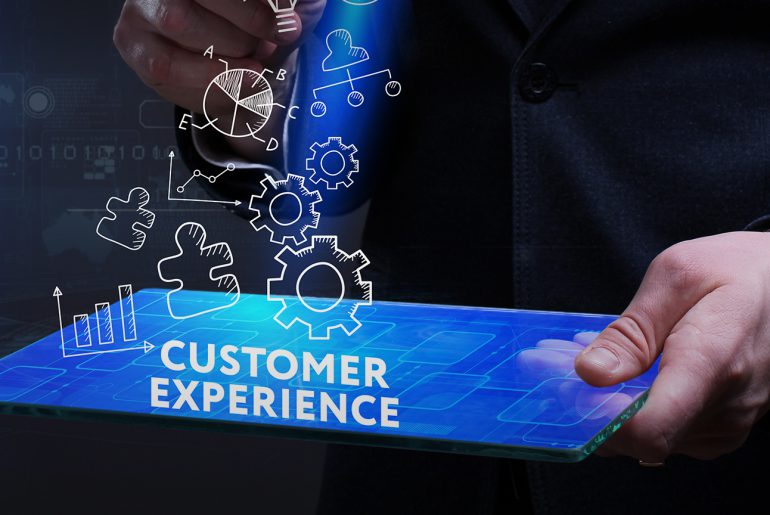 Digital Customer Experience: Why Is It So Important? 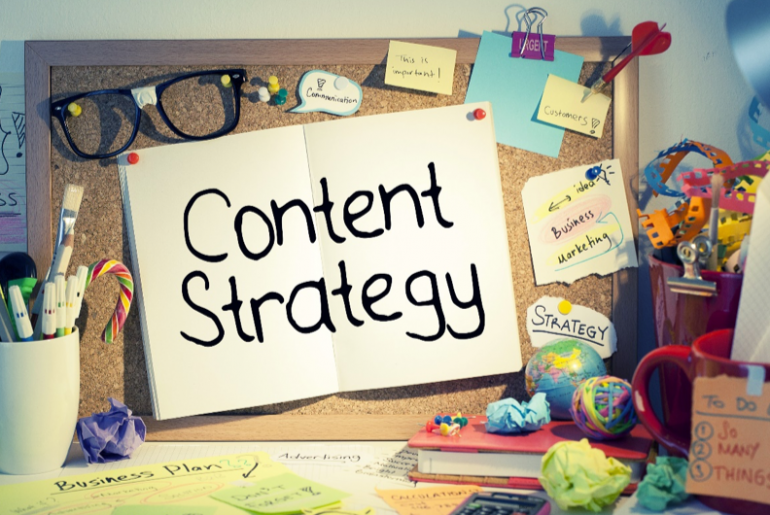 5 Steps To Developing A Content Marketing Strategy That Works 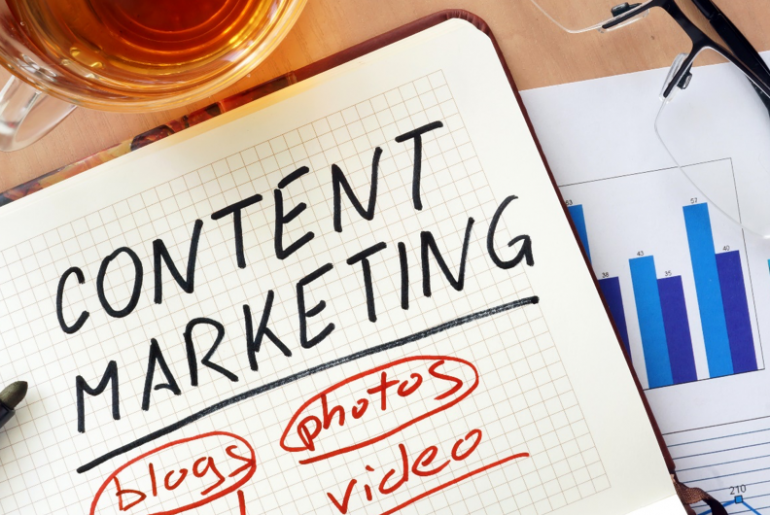 What Is Content Marketing & How to Do It Effectively